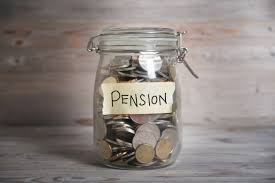 As older people can often encounter difficulties in gaining paid employment in the workplace and find their career opportunities becoming more limited in tandem with their advancing years, it's hardly surprising that the trend over 50's starting their own businesses has developed. 50 somethings are increasingly opting to establish their own businesses instead of easing into retirement. Self employment is not only suited to younger people. More and more quinquagenarians and older are drawing money from their pension funds to finance their own small business ventures. These olderpreneurs are taking advantage of technological advances and drawing on their own skill sets to re-enter the marketplace with their passion projects.

At first glance it would appear easier to start a business when one is younger. As young people have fewer non-work responsibilities they are more likely to commit wholeheartedly to a new venture. High profile business people espouse such beliefs. For example, Michael Moritz of Sequoia Capital, is enamoured of entrepreneurs in their mid- to late 20's who “see no boundaries, see no limits, see no obstacle that they can’t hurdle.” Likewise, Peter Thiel, a co-founder of PayPal createded a $100,000 fellowship in 2010 for entrepreneurs under 20 to encourage “promising young people not to wait on their ideas.” (source) Young people are often also perceived as more impressionable and having fewer bad habits to unlearn.

As pervasive and popular as such perceptions are, those of more advanced years should not be discounted. On the contrary, older people have several advantages over younger people with regard to starting a business. Firstly, they typically have many years of work experience, more skills, knowledge and contacts upon which to draw. Secondly, they are possessed of the confidence that accompanies age and experience, which can guide them through the many challenges which befall early stage start ups. Research in fact bears this out  - high-growth start-ups are almost twice as likely to be launched by people over 55 as by people 20 to 34. (source) Furthermore, this age group are more apt to have more money available to invest in getting their business off the ground, especially those in receipt of a lump sum redundancy payment.

One factor which influenced this trend is the recent economic recession. Unemployment among over 50's rose by 40% between 2010 and 2012 (source). In such a climate, understandably, the prospect of seeking out another salaried job became less appealing, thus triggering the phenomenon whereby those in their second semi century reinvented themselves as olderpreneurs. Against this backdrop the draw of financial independence and the chance to channel well-honed skills on a long held dream becomes irresistible.

Given that life expectancy is ever increasing, it was almost inevitable that so called baby boomers awould begin delaying or eschewing retirement entirely in favour of embarking on new career paths. Many start businesses as an alternative route to generating a retirement income, influenced by factors such as low interest rates and unstable stock markets. Anxieties about outliving their pension funds also instigate these entrepreneurial impulses.

Third parties may not be as willing to finance olderpreneurs as younger entrepreneurs. There is also less government funding available. However new pension freedoms have created a workaround to this funding issue. Many approaching retirement are now considering using their savings pots to become later-life entrepreneurs.

Greater broadband access and the increase in computer literacy of over 50s has liberated a generation of silver surfers to run businesses from home. It gives them the flexibility to work the hours they choose and empowers them to be their own boss at a time in their lives when typically they are being phased out of organisations.

Naturally olderpreneurs regard themselves as just as mentally and physically acute as they ever were (according to research by the Equality and Human Rights Commission), and the business nous and expertise they have amassed over their working lives stacks the odds in favour of their success. Consequently, over 70% of olderpreneur start-ups last more than 5 years, compared with 28% of those created by younger entrepreneurs.

If you’re entrepreneurial spirit is awakening and you are considering setting up your own business or taking over an existing business in 2018 why not check out our current listing of businesses for sale. Here you can browse by industry to find suitable options based on your area of interest. We have many years experience advising businesses of varying sizes on all aspects of success and our confidential advice could be the first step on your next fruitful career ladder in the New Year. Contact us for more information on making your entrepreneurial dreams a reality. It’s a cliche, but if you have the financial resources, the right network and, most importantly, a great idea, age is just a number!