The 'Gig Economy' - A Tough Gig or an Easy Ride? 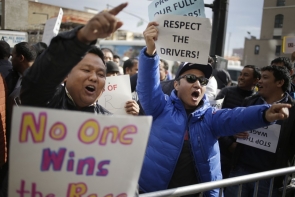 The explosion in recent years of Deliveroo couriers, Uber drivers, Airbnb hosts & TaskRabbit handymen will not have escaped those readers who live in larger urban areas. But, what links these & similar professions? They are all part of the ‘Gig Economy’ - an umbrella term for those who earn a portion, if not all of their living outside the traditional 9-5 regime.

The OED defines the Gig Economy as

"a labour market characterized by the prevalence of short-term contracts or freelance work as opposed to permanent jobs".

Although it has gone by other names in the past, such as the sharing; collaborative & platform economy, the above term is the most apt, as it stresses that each piece of work is akin to an individual 'gig'. Even though it is characterised, for the most part, by app-based platforms that dole out work in bits and pieces — making deliveries, driving passengers etc, - not all gig economy roles are based around technology platforms. Some gig economy workers also work for more traditional companies, who have adopted a more modern staffing system, for example, delivery drivers for Hermes, who work on a piece by piece delivery basis, despite their employer's origins lying outside the tech start-up scene.

That said, platforms are one of the differentiating factors between gig labour & traditional outsourcing. Firms can now utilise platforms such as Fiverr, Freelancer & Upwork to hire workers irrespective of location. While this benefits the company by removing the problems associated with traditional methods of business process outsourcing, the functionality of these platforms can be isolating for employees, with regard to labour protections & social interaction, who can feel detached, with essentially, no option but to work from home.

Such problems raise concerns around the need for new labour laws. In the UK, the Taylor Review, published on July 11th, advocates for ensuring additional employment benefits & a minimum wage for those in the gig economy. However it does fall short of granting them full-time employee status & its accompanying benefits. Instead it suggests a new category of worker be created, know as a ,,dependant contractor'' that sits between contractors & those in full time employment & brings with it the benefits & wage protections currently lacking. With the rapid growth of the gig economy (es evidenced by Ikea's recent purchase of freelance labour firm TaskRabbit), these concerns around job security, lower pay & fewer benefits urgently need to be addressed. This is especially true for Millennials, who are the generation most likely both to use the services offered by the gig economy & to work in it - its beneficiaries & its casualties. 50% of those working in the gig economy are under 35.

Companies profiting from the gig economy maintain that they offer the flexibility to work whenever contractors like. Critics argue that not only do workers lack protection and fair pay, but the roles aren't as flexible as they seem, as workers are incentivised or pressured to work when the companies need them. Furthermore, workers aren't paid benefits such as holiday or sick pay, and some reports even suggest that many don’t make minimum wage. This is legally permissible because gig workers are viewed by the companies they work for, not as employees but contractors.

There are similarities between both types of contract, namely, that both treat workers as contractors & offer no guarantee of pay. Additionally, both result from companies trying to reduce staffing costs & can leave workers unsure as to how much they're capable of earning. However, the main difference is that gig economy jobs are paid per piece - e.g. a set rate to deliver a package or drive a fare to a location - whereas, zero hour positions are paid hourly, without a set minimum.

The gig economy is quickly going global, bringing with it benefits but also dangers. Among workers in developing countries, gig labour offers flexibility & increased income, but also downward pressure on pay, long hours, discrimination & decreased social contact. Moreover, this globalisation also increases the pool of potential workers online – creating what economists call “oversupply.” Essentially, this process is resulting in a situation where there are more workers than jobs. Worryingly, unless there is a corresponding spike in the supply of digital jobs, this predicament is only going to worsen, heaping even more downward pressure on both wages and benefits. This places gig workers in a precarious position where they fear that if they don't accept a job & its conditions, global competitors will immediately swoop in & take their place.

This begs the question: What can governments, platforms, workers, & consumers do to bring about a more equitable world of digital work? Researchers suggest a variety of solutions, including data sharing to let workers move more easily from one platform to another & regulation by governments to limit online gig work monopolies. Other proposals include the creation of an online labour equivalent of the Fairtrade Foundation: the “Fairwork Foundation” - which would aim to inspire people to care about working conditions in the gig economy in a similar manner to the production of coffee, chocolate etc. Efforts are already underway globally - in New York, a group called the NY Independent Drivers Guild is calling for a fee on all gig-economy transactions in order to provide workers with benefits like paid sick leave. This affiliate of the Machinists Union seeks to find a way for drivers to claim benefits. This is a vital step for the 23 million Americans who work in the gig economy but are missing out on the other standard benefits of having ,,regular’’ jobs: health care, paid sick leave & worker’s compensation. Other workers’ groups are fighting at the legislative level for fees to be placed on gig-economy transactions. This money could then be placed into an independent fund that would provide “portable benefits”—benefits accrued by workers that can be accessed when moving from job to job.